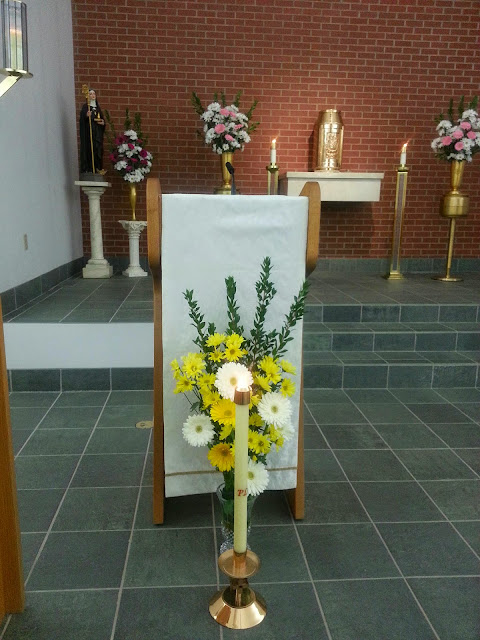 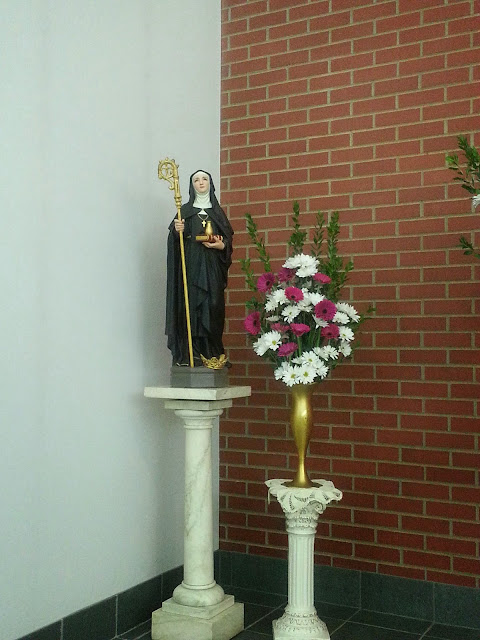 St. Walburga was a Benedictine Nun born in England in 710, who worked with her uncle, St. Boniface, in Christianizing Germany.  Walburga was born in Dorset, England, in a noble Anglo-Saxon family.  Walburga's mother is known as Wuna and tradition has also called her "Blessed Wuna" though there is no canonical evidence to support this.  But Richard, her father, Willibald and Wunibald (her two brothers) and Walburga have all received full recognition as Saints by the Church.
Walburga was brought up from her earliest years by the nuns of Winborne.  Winborne was a double monastery (a form of monasticism widespread at the time); the nuns being entirely separate from the monks and usually governed by an Abbess.
St. Boniface and St. Lioba, relatives of Walburga, entered religious life at an early age.  In 740, St. Boniface appealed for a group of Anglo-Saxon women to help on the mission in Germany.  St. Lioba, a cousin of Boniface, appears to have been in the first group.  Walburga was to follow her.
The remains of St. Walburga were solemnly brought to Eichstaett (between 870 and 879) where they were placed facing the choir, beneath the little Holy Cross Church over which the present Church of St. Walburga stands today.  During the translation of her relics, St. Walburga's bones were beaded over by a liquid.  This flow of oil appears yearly between the 12th of October (the feast of her translation) until her anniversary of her death, February 25.
The Church and Crypt of St. Walburga are part of our motherhouse in Eichstaett, Germany not far from Munich.  The "oil" is a clear liquid resembling water in appearance.  As the Walburga oil only flows for a short time each year, the nuns at Abtei St. Walburg have mixed the oil with holy water as a means of making it available to as many individuals as possible.

Posted by Benedictine Nuns at 9:00 PM No comments: 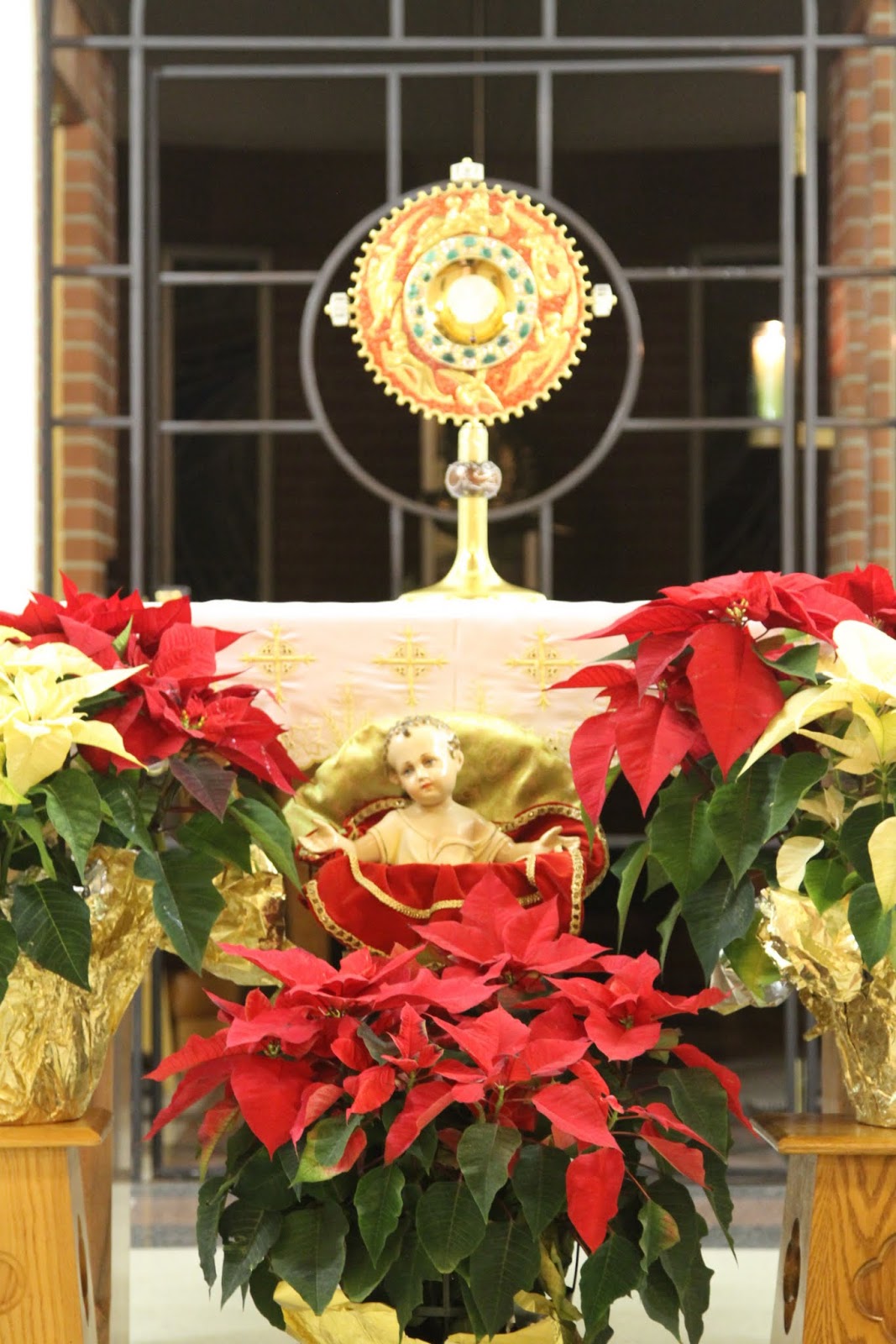 Day of prayer and adoration, with reflections on the value of

You are welcome to come to any part of the day,

no charge for this event

Posted by Benedictine Nuns at 8:41 AM No comments:

This is still one of my favorite images, the figures in our nativity allows for the gifts to be taken out of the hands of the kings thus allowing them to hold the baby Jesus.

Posted by Benedictine Nuns at 7:10 PM No comments: