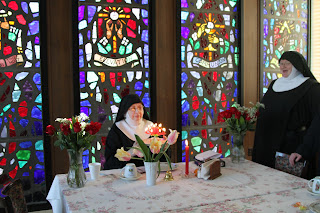 Email ThisBlogThis!Share to TwitterShare to FacebookShare to Pinterest
Labels: Life in the Monastery


May God Bless His new Deacon 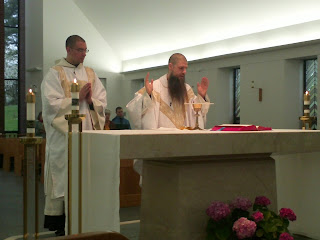 This is my first real homily so, sisters, I thank you for your indulgence in allowing me to serve as deacon today and experiment upon you.
Paul and Barnabas appear on the scene at Lystra (where our first reading began) after fleeing from a murderous mob in another city.  Like athletes of excellence they do not weaken, do not falter in the face of adversity but push into it, using it to fuel the flames burning in their hearts.  The two will later strengthen other disciples by exhorting them that, 'it is by many tribulations that we must enter the kingdom of God'.  Indeed these two Apostles had come to know that , 'many are the trails of the just man, but from them all the Lord will rescue him.' So, despite a recent brush with death for preaching the Gospel, Paul and Barnabas, propelled by the Spirit of Truth alive within, again proclaim the coming Kingdom of the Resurrected Christ.
The Kingdom is not long in coming.  It arrives with the healing of the lifelong cripple.  Paul offers the Kingdom to the man of budding faith and he not only accepts it, but rushes towards the walls of the kingdom, leaping over its walls.  He does not slowly stagger up, but 'jumps' as in the NAB or "springs" as in the RSV to his feet and immediately begins to walk.  The man not only enters the kingdom from what St. John calls 'the world', but also the kingdom enters him in the form of the infused virtue of faith.
Astounded by such a marvel, the citizens really think Barnabas and Paul to be gods.  From our perspective today this seems silly; however, the citizens of Lystra who wanted to worship these apostles are not far from the truth, and so, not far from the Kingdom.  Why?  Well, in a very real sense the divinity, that is the entire Trinity, was indeed before these citizens as it tabernacled in the souls of Paul and Barnabas.  These two had kept the commandments of Christ, and it is as if Jesus says to them, "you have kept my word, so the Father loves you, and we have come to you, and made our abode with you'.  It is the indwelling deity that causes the fireworks of miracles, anoints their tongues, and stirs the hearts of their hearers so that God may be all in all.
My sisters, you are well aware that in striving to live the consecrated life a murderous mob of quiet another sort seeks our lives and you have the splinters under your skin from His cross to prove it.  Nevertheless, you also ardently believe that the bridegroom dwells in you to rescue you and to renew you, to renew you especially when things look most bleak.  It is He who commands us to stand when we are crippled by sin or by pain, and we can chose to jump, to spring, to run while we still have the light of day.  It is through seeing with his eyes that we perceive the infinite dignity of even those most repulsive to us.  My sisters, you are consecrated to him, he dwells in you powerfully, because of him, 'you are little less than gods'.  Know that you are beautiful in him, united to your crucified spouse.  Today, like Mary most beautiful and Saint Catherine of Sienna, her little daughter, let that splendor bubble out you and flow into the hearts of those in most need of your intercession. Truly my sisters, 'the Kingdom of God is within you.'

Posted by Benedictine Nuns at 8:09 AM No comments:

The Mission of My Life, John Henry Cardinal Newman 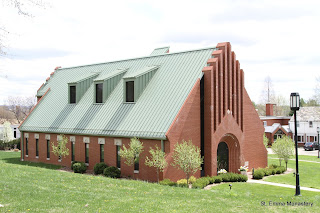 The Mission of My Life
God has created me to do Him some definite service. He has committed some work to me which He has not committed to another. I have my mission. I may never know it in this life, but I shall be told it in the next. I am a link in a chain, a bond of connection between persons. He has not created me for naught. I shall do good; I shall do His work. I shall be an angel of peace, a preacher of truth in my own place, while not intending it if I do but keep His commandments. Therefore, I will trust Him, whatever I am, I can never be thrown away. If I am in sickness, my sickness may serve Him, in perplexity, my perplexity may serve Him. If I am in sorrow, my sorrow may serve Him. He does nothing in vain. He knows what He is about. He may take away my friends. He may throw me among strangers. He may make me feel desolate, make my spirits sink, hide my future from me. Still,
He knows what He is about.

This is one of my favorite prayers, I used it a lot in when I was discerning my vocational call in life.

Posted by Benedictine Nuns at 6:25 AM No comments: 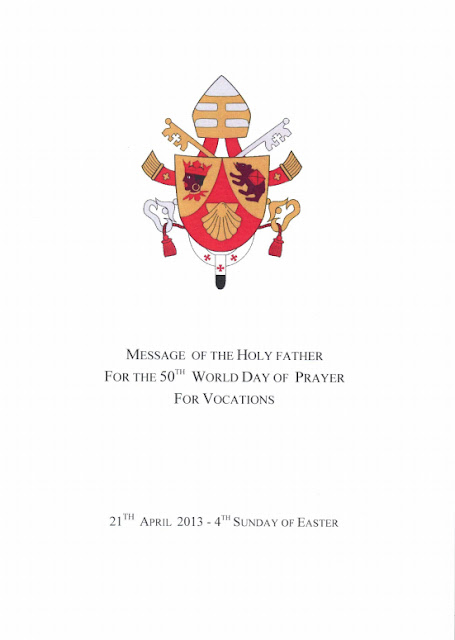 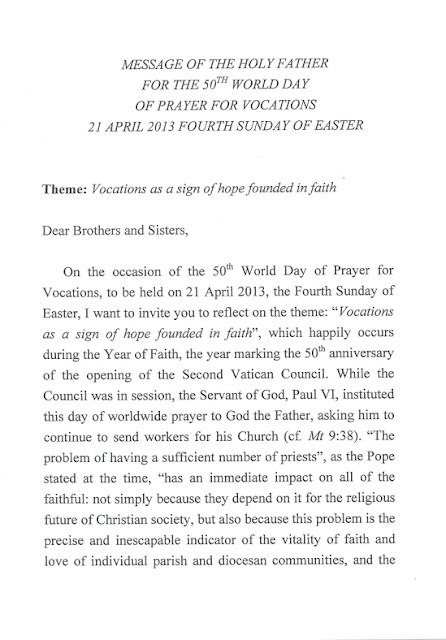 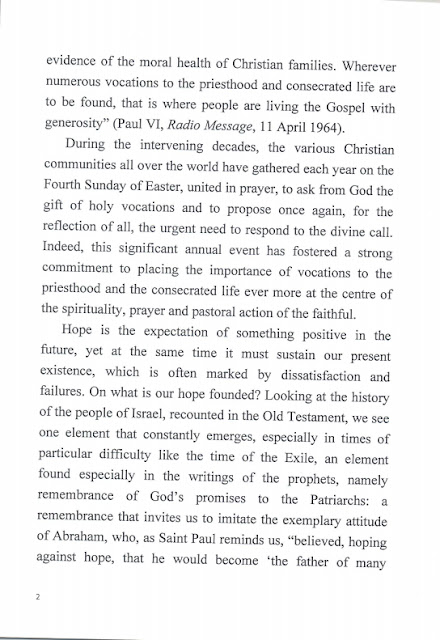 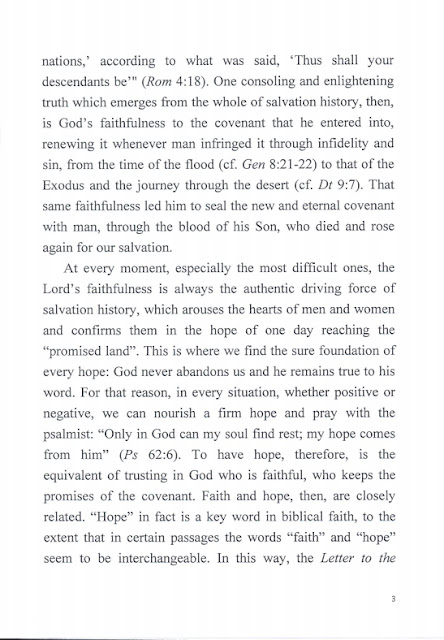 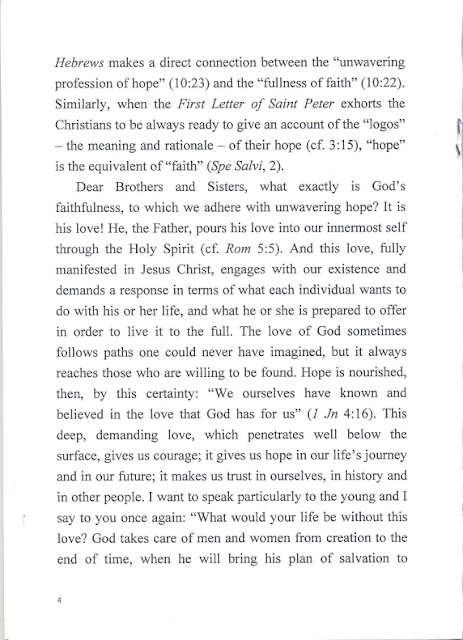 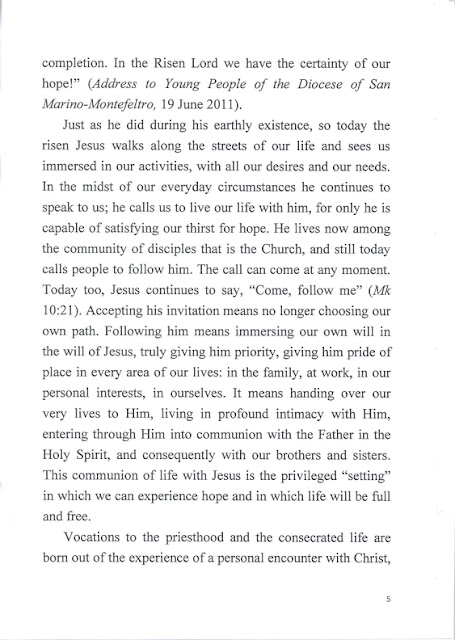 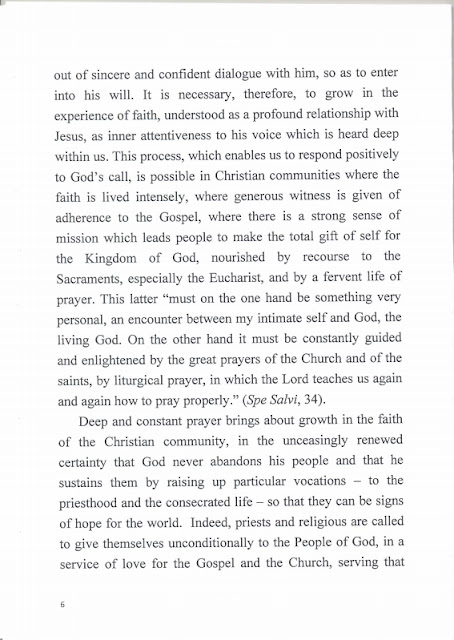 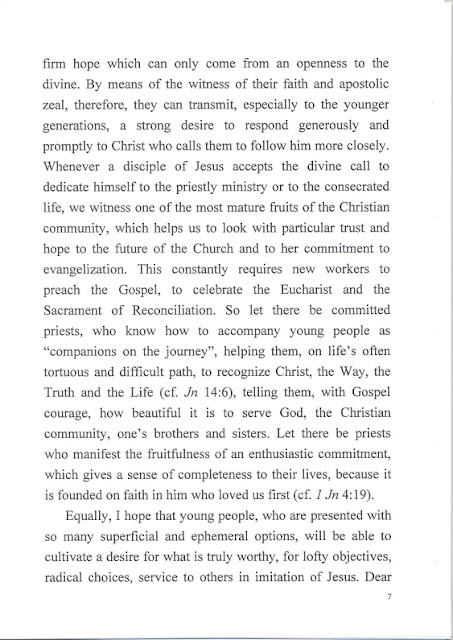 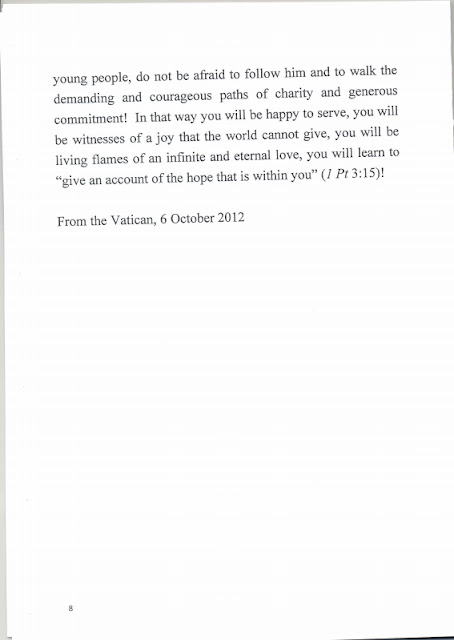 Posted by Benedictine Nuns at 3:11 PM No comments: 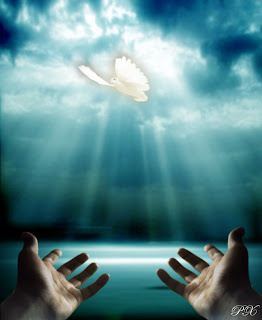 Holy Spirit from above,
Tender, undefiled Dove,
In my spirit have Thy way,
O'er my actions hold full sway.

Blest  Companion from on high,
In Thy comfort ever nigh;
Bind my heart to Christ in Love,
O Thou precious, Heavenly Dove.

This cold heart and these dull eyes,
So unfit for Paradise,
Fire with Thy sacred flame,
Show the power of Jesus' Name.

Weak I in myself may be,
But my strength shall be in Thee.
Sweet provision of God's grace;
In Thy gift His love I trace.

I could no Thy coming earn,
Could no more Thy wooing spurn.
Take control and bless and use
As the Infinite shall choose.

FJR
Posted by Benedictine Nuns at 1:45 PM No comments:

Our Prayers for Boston... 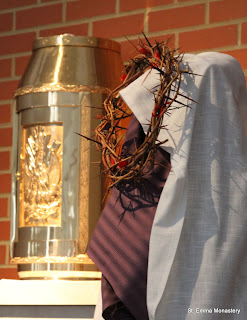 May God Bless and keep all of you safe in His Loving hands.
Our prayers are for ALL of you.
Remember, He knows all of our pain. 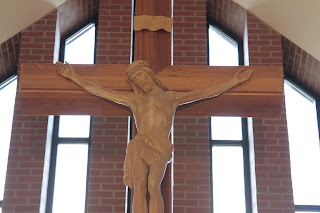 Posted by Benedictine Nuns at 7:46 PM No comments:

Email ThisBlogThis!Share to TwitterShare to FacebookShare to Pinterest
Labels: Prayers


The Lord persists in seeking us out in love. God irresistibly draws us until we desire only to surrender ourselves freely and joyfully to the Lord.


Called by God, by Frances Kelly Nemeck and Marie Theresa Coombs pg 96
Posted by Benedictine Nuns at 8:09 AM No comments: 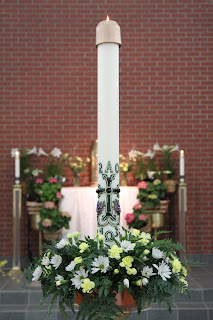 The Collect for this Sunday wraps up the meaning of mercy that is shown by God.

God of mercy,
you wash away our sins in water,
you give us a new birth in the Spirit,
and redeem us in the blood of Christ.
As we celebrate Christ’s resurrection,
increase our awareness of these blessings,
and renew your gift of life within us.
We ask this through our Lord Jesus Christ, your Son,
who lives and reigns with you and the Holy Spirit,
one God, for ever and ever.
– Amen.

Posted by Benedictine Nuns at 8:24 AM No comments: 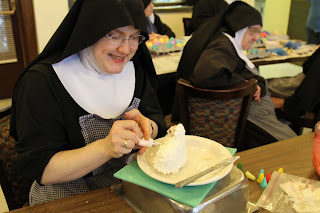 Email ThisBlogThis!Share to TwitterShare to FacebookShare to Pinterest
Labels: Easter 2013, On the Light Side

Fun in the garden 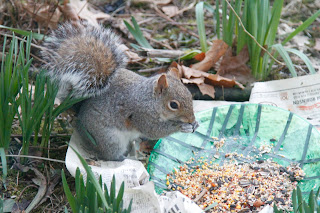 Our little squirrel is enjoying the plate of food left out for our birds. We are trying to attract birds to our new feeder which is hanging directly above the plate of food.
See how proper our animals are!
He is using proper etiquette by not just jumping into the plate, he was taking out the seeds one at a time and eating them very properly :)

Okay so later he did jump onto the plate but did sit down on the empty part of the plate... 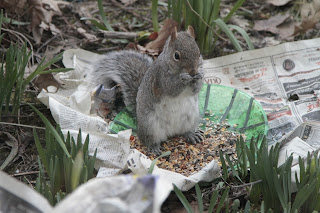 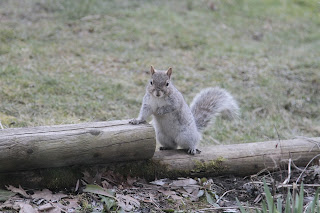 Thank you for the wonderful supper.

Email ThisBlogThis!Share to TwitterShare to FacebookShare to Pinterest
Labels: fun, On the Light Side 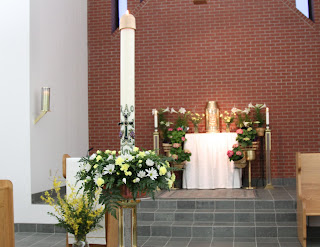 May all of you have a very Blessed Easter!!
You are in our thoughts and prayers
Posted by Benedictine Nuns at 9:25 AM No comments: